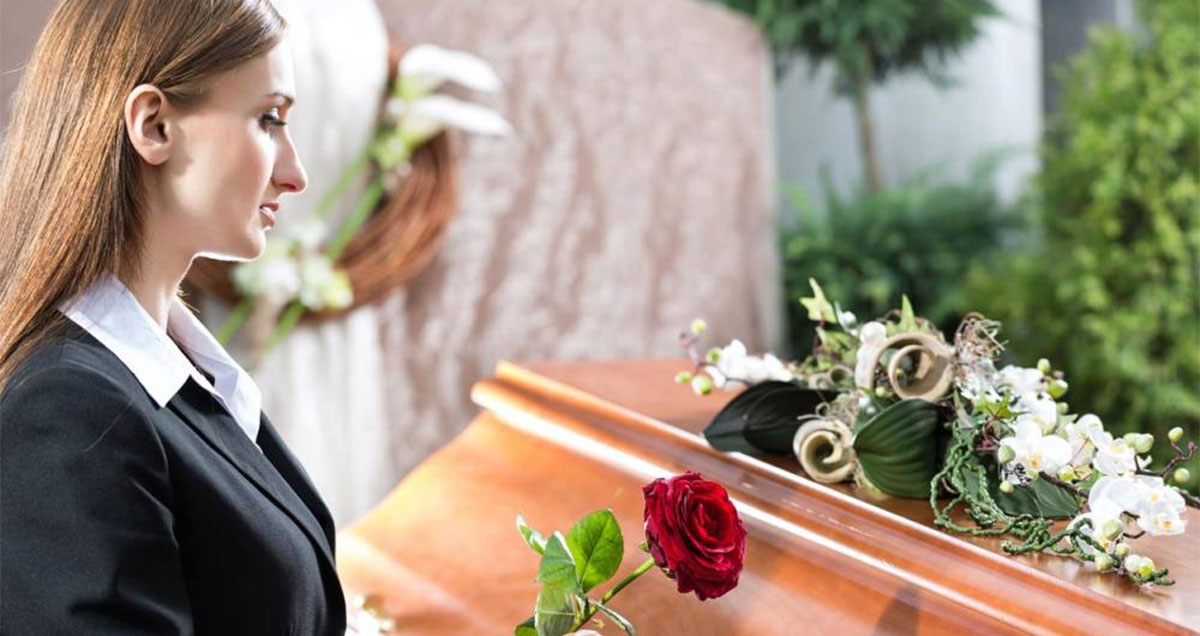 “At the death of a Christian, whose life of faith was begun in the waters of Baptism and strengthened at the Eucharistic table, the Church intercedes on behalf of the deceased because of its confident belief that death is not the end... the Church also ministers to the sorrowing and consoles them in the funeral rites with the comforting Word of God and the Sacrament of the Eucharist.” — Order of Christian Funerals (OCF), n. 4

A Guide for the Diocese of Dallas

The Catholic Funeral Liturgy is divided into three distinct parts, each with its own purpose. For that reason, we recommend following the complete structure and making use of each liturgical “moment” offered to a family.

Part I The Vigil Service (Wake)

Generally a Service of the Word, with sacred scripture readings, accompanied by prayer, reflection, time for recalling the life of the deceased, and possibly a rosary.

Part II Funeral Liturgy (Mass, or Outside of Mass)

The central celebration of the family, friends, and the Christian community is the Funeral Mass, although when Mass cannot be celebrated, a Funeral liturgy Outside of Mass can take place.

When a deceased person is identified as Catholic, funeral home directors should contact the parish office or pastor at the earliest possible convenience to determine the availability of the church, an appropriate minister (priest for Mass, priest, deacon, or others for Vigil Service) and the necessary parish staff, particularly the music director. The date, time, and minister must be confirmed before a commitment to the family is made. The Funeral Vigil assists a family to begin the mourning process by gathering for a Service of the Word with features of prayer, remembrance, story-telling. A Vigil Service may be held in a funeral home, or in a church or chapel.

The Funeral Mass must be held in a church or approved chapel (such as a chapel in a Catholic cemetery). Typically, the parish church is the site for a Funeral Mass. The Funeral Mass is the central liturgical celebration for the deceased, and this Eucharistic celebration must be carried out in a sacred place. Planning a Catholic Funeral Mass with a family is a gift of pastoral care. The parish should use its fullest resources to welcome and support a family in this difficult time. Regardless of the number of mourners expected, the Funeral Vigil, Funeral Mass, and Committal services should be offered. This raises awareness that mourners can express their sorrow, begin the initial adjustment to loss, and possibly experience gradual reconciliation.

Circumstances may allow for a Funeral Liturgy Outside of Mass when a Catholic dies, especially if there are no other Catholic friends or relatives of the deceased. Recall, though, that the parish family may be the primary support for the deceased. In that case, a parish Funeral Mass is warranted.

Burial of cremated remains or the body of the deceased should be in a sacred place, but the Church does not mandate a Catholic cemetery although this is the preference. The body or the cremated remains may be interred either in a grave, or entombed in a mausoleum or columbarium. The practice of scattering cremated remains (ashes) on the sea, in the air, or on the ground is not permitted for a Catholic. Keeping cremated remains “at home, or in the home of a relative or friend is not the reverent disposition that the Church requires” (OCF, n. 416). (The diocesan Office of Worship or the pastor can explain how to properly bury remains at sea, in an urn, coffin, or other container.)

What the Church Says About Cremated Remains & Cremation

The United States Conference of Catholic Bishops (USCCB) requested from the Congregation for Divine Worship and the Sacraments an indult (special dispensation) to allow the presence of cremated remains of a body at a Funeral Mass. The USCCB received approval for this Indult on Cremation on 21 March, 1997. The Vatican’s position is that human remains, “even cremated, be accorded proper respect as befits the dignity of the human person and of baptized Christians.” The rites for burial of the cremated remains of a body may be found in the Appendix to the Order of Christian Funerals. This Appendix recommends that when cremation is chosen, the body be cremated after the funeral, thus allowing for the presence of the body at the Funeral Mass. When pastoral circumstances require it, however, cremation and committal may take place even before the funeral liturgy. This liturgy constitutes, nevertheless, a Funeral Mass rather than a “memorial” Mass. The Appendix to the Order of Christian Funerals can be obtained from the Office of Worship.

Additional information is available on the U.S. Catholic Conference of Bishops website:
Cremation and The Order of Christian Funerals

When A Planning a Funeral Mass with a family is a gift of pastoral care and also a moment of evangelization for the family and the mourners who will attend. The parish staff should use its fullest resources to welcome and support a family in a difficult time.

Regardless of the number of the mourners anticipated, the Vigil and related Rites should be offered, to assist a family in expressing their sorrow and to begin the initial adjustment to the fact of death. This raises awareness that mourners may also need to experience a gradual process of reconciliation.

The Funeral Liturgy can be either within or outside of a Mass. The Church encourages the faithful to celebrate Mass when one of its members dies, but the ritual book for Christian funerals provides several pastoral choices, to adapt to local circumstances.

It is advisable that the parish community be informed of the death, perhaps through an announcement at the Sunday Mass, and be invited to attend and pray with the family at the funeral. It is also recommended that the music planner, cantor, lectors, Communion ministers, and hospitality ministers are provided by parish, fully aware of their opportunity to provide seamless ministry and comfort for the family of the deceased. This care and concern can also foster evangelization.

My (relative) hasn’t been to Mass in years, but s/he was baptized Catholic. Can we still celebrate a Catholic Funeral Mass?

Every baptized Catholic is entitled to all three moments of a Christian funeral: the Vigil Service, the Funeral Mass, and the Rite of Committal. We cannot judge the state of grace of the deceased. The Church embraces all.

Do we have to have a Funeral Vigil Service, or can we simply have a rosary recited by a group?

A Funeral Vigil service is an opportunity for a family to begin the process of mourning and healing. It is also a time for the prayer and participation of those who are unable to attend the funeral. A rosary could be part of this, as an element included with a Funeral Vigil.

Our family isn’t very “musical.” Who can help us select music for the Vigil service and/or the Funeral Mass?

The parish music director, parish funeral planner, or a qualified cantor will meet with the family and assist with appropriate music selections.

We want to have several eulogies at the Funeral Mass. Is there a time limit for each speaker?

A Catholic Funeral Mass allows pastorally for a brief remembrance of the deceased. If other remembrances are offered, the best time and place is at the Funeral Vigil service. There is more flexibility at that service.

Our Dad wants to keep our Mother’s ashes (cremains or cremated remains) at home for awhile, after the Funeral Mass. Is this allowed?

Cremation and The Order of Christian Funerals